A gigapixel is a thousand times larger than a megapixel, which means a 1.8 gigapixel image is pretty huge. The U.S. Army, along with Boeing, has developed and is preparing to deploy a new unmanned aircraft called the “Hummingbird.” It’s is a VTOL-UAS (vertical take-off and landing unmanned aerial system). Three of them are being deployed to Afghanistan for a full year to survey and spy on Afghanistan from an altitude of 20,000 feet with the ability to scan 25 square miles of ground surface.

While the Army has deployed spy drones like this before, the Hummingbird is special in that it is a VTOL craft rather than a traditional airplane. That means that it uses a design and operates in a similar fashion to a helicopter. As a VTOL craft, the Army will not require long runways to be able to launch it into the air. 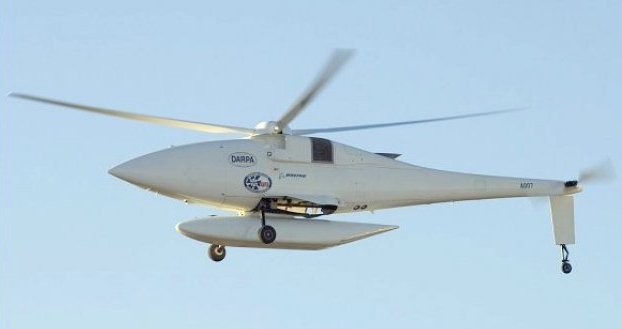 The Hummingbird drones will be equipped with the ARGUS sensor suite from DARPA. The ARGUS program promises that the sensors will be able to capture real-time, high-resolution, wide-area video for surveillance. Prior to it being outfitted on the the Hummingbird, the ARGUS sensor array had never been used in the air — the ARGUS system being what gives it the 1.8GP resolution. The ARGUS array is made up of several cameras and other types of imaging systems. The output of the imaging system is used to create extremely large high-resolution mosaic images and video.

This technique is used by artists as well, and it is often referred to as gigapixel imaging, since few actual gigapixel cameras exist. A more limited form of this is the panoramic imaging technique used on phones like the HTC Amaze 4G and the Samsung Galaxy Nexus, where multiple shots are stitched together to create the panoramic image.

Anyone feeling paranoid about helicopters in the air scanning and recording your every move, yet? Don’t worry. The craft still has to go through trial runs before being deployed, and deployment will not begin until summer of 2012.

via extremetech.com
Posted by Apollo at 11:40 PM